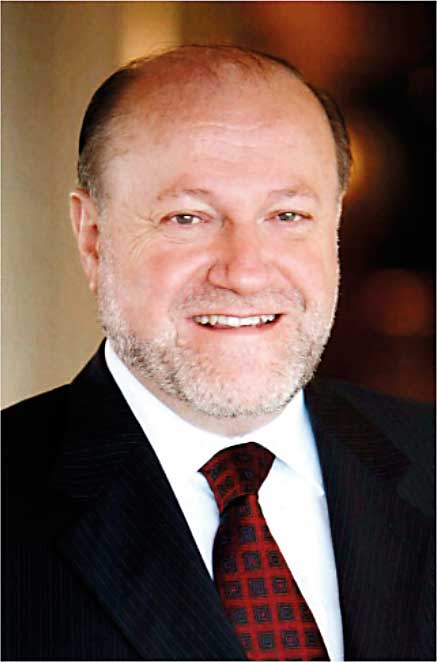 Why is Lebanon an important market for you? What made you decide to establish yourself here? Tell us the story of your company in Lebanon.
I am a Lebanese citizen and in 1977 I inherited, from my father and his partner, a family business that was established since 1939 in the marketing and sales of pharmaceuticals in Lebanon.

This was at the beginning of the 1975-1990 Lebanese war, at a time when the business was incurring huge losses.
As a fresh graduate from INSEAD, I found it much more challenging to face the uncertainties and destructions of the war and to contribute to the recovery of a hardly hit yet reputable business than going into a possibly more attractive and more rewarding employment abroad.
Over the past 38 years of professional experience, the largest part (pharmaceuticals) of the family business I joined in 1977 has been integrated into a larger group called Pharaon Healthcare that has become an important player in the marketing and sales of the sector in Lebanon, Syria, Sudan, Sub-Saharan Africa, Eastern Europe and Central Asia.
Thanks to the well-known business saying “better be two on a good deal than alone on a bad one”, I have been able to develop the small family business into a large professional one where business values and challenges outpace family interests’ considerations.
I took over the company when it was financially bankrupt, because of the war. I started from minus $1 million, but with a company that had an established name.
Starting with a name/reputation and a loss is much better than starting with no name and no loss. My father had a good reputation in the market, but we incurred losses because of the war.

Why did you call your company “The Unicorn”?
I created a company in 1981, and named it Unicorn because the unicorn, a mythical horse, is a symbol of strength, health, wealth, and purity. My ideal in life was to join the material with the spiritual.
This UNICORN has really fulfilled all that. I have a collection of unicorns from all over the world.

How do you manage to sell an expensive product in a small, volatile market like Lebanon?
When you are in a country at war, and you want to sell very expensive products, you have to be very smart. You have to convince people to pay for this. But because Swiss products are known for their reliability, precision, safety, and high quality, it is easier to sell them.

So far, we have succeeded because the Swiss have a professional approach with the surgeons, the universities, and the hospitals. They keep abreast of all innovations, and have very strong research; and every year we have a two-week congress in Davos, where they have their research institute for internal fixation, known as AO foundation (Arbeitsgemeinschaft fur Osteosynthesefragen); and this is how people and surgeons are continuously kept informed.
The Swiss don’t sell products; they sell a system, a surgical solution, and the philosophy of internal fixation.
A surgeon has to become part of the philosophy of internal fixation, which was developed in the late 1950s. Before that time, a broken bone was only fixed externally with plaster, but after the 1950s the concept of internal fixation arose and instruments and implants were developed to help surgeons fix the bones internally to treat the patient.
But implants that are not of high quality and precision will leave the patient with side effects and complications that have serious consequences.
When we want to sell a surgeon a product, we offer him/her local workshops where the surgeonsare trained on artificial bones. We have also created an association of surgeons who use the Synthes products. They are linked with each other in Lebanon and abroad, and they can exchange information and knowledge from all over the world. This is not offered by any other company in the world

Which of your products are made in Switzerland? Which Swiss brands do you represent?
When I started working in 1977, we used to deal with five Swiss companies, one producing pharmaceuticals (Vifor), one producing cosmetics (Mavala), one producing orthopedic implants and instruments (Mathys manufacturing Synthes brand), one producing joint replacements (Protek) and one producing operating room tables (Schaerer).

Later on, with the development of mergers and acquisitions, our commercial ties with Switzerland have developed in different directions.
Today, the major commercial link I have with Switzerland is with the business unit Depuy-Synthes that is part of the multinational group J&J and of which a large part of the production of orthopedic implants and instruments is still based in Switzerland.
Why do you think people trust Swiss products?
Swiss products are generally based on research and development. They are tested on a large scale, both in terms of science and technology, and in terms of experimental results. Their production is submitted to the highest and most rigorous controls (raw materials, production equipment and processes, quality control, post-marketing control).
When it comes to health, nobody with a minimum sense of intellectual integrity and rationality would ever sacrifice quality for price.
The challenge of Swiss products today is to justify their high prices by keeping an acceptable price quality ratio. In the recent two years, there was also the challenge of remaining competitive in spite of the devaluation of the U.S.D. against the Swiss Franc.
Our staff is proud to market Swiss products and will continue to do so as long as the technology involved in the products sold is up-to-date and highly beneficial to human health.

Why are the Swiss interested in the Lebanese market?
The Lebanese are very interested in quality and our company had the patience and the vision to stay with Synthes, which never compromised quality and prices.
Also, we initially decided to bring in Synthes, because my brother, Andre, who is an orthopedic surgeon and was studying in the US, pressured my father back in the 1960s to bring Synthes to Lebanon as a condition for him to return to his country of birth, because he understood and pushed for the use of this material. Andre and many surgeons like him deeply value and appreciate Synthes’s high quality products, and this keeps us in this market.
Synthes is no. 1 in orthopedic products.

Solar Impulse has brought the dream of flying over long distances without the need for fossil fuel a step closer to reality.
Bertrand Piccard and André Borschberg set out and accomplished something that still seems impossible today: the First Round-The-World Solar Flight, powered only by the sun, with no fuel or polluting emissions.
Solar Impulse was born in Switzerland, from the minds of two Swiss pioneers, but it’s in fact a very multicultural project. Not only do the team members, patrons and partners come from various fields and nationalities, but the plane has travelled all over the world since the European flights of 2010, with the idea of inspiring people to achieve the impossible, thanks to pioneering spirit and clean technologies.
In 2015 started the attempt of the First Round-The-World Solar Flight, from Abu Dhabi to Hawaii, already achieving the longest solo solar flight ever achieved in aviation history. In 2016, Bertrand Piccard and André Borschberg, our two Pilots and Founders, completed the first circumnavigation of the globe with no fuel. With their solar aircraft, a flying laboratory full of clean technologies, they flew 40,000 km to promote the use of renewable energies and energy efficiency on the ground, for a better quality of life. Across the Round-The-World flight, the team overcame technical, human and operational challenges that had never been faced before.